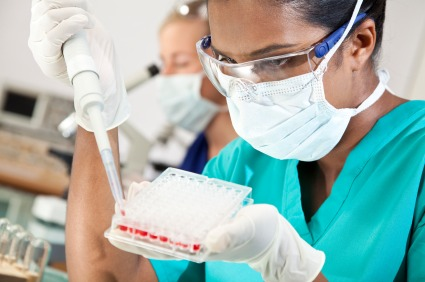 The traditional medical approach that tests for Celiac Disease has been effective at identifying only a small percentage of those affected by Gluten Sensitivity. Current research is telling us this approach is outdated, and new more effective testing can identify the greater population that may need to avoid the gluten protein for life.

Celiac Disease has always been associated with digestive distress and damage to the small intestines. The classic patient is one who was gaunt, malnourished and reacting violently when consuming gluten containing foods. When a patient exhibits these symptoms, a biopsy of the small intestines is usually taken to identify enteropathy (damage) to the villi in the digestive tract. Blood tests too are typically administered that test for the alpha-gliadin antibody as well as transglutanimase (antibody to ones own tissue). This works great if the patient has the classic symptoms.

In recent years it has become evident that there are those individuals who do not have those exact symptoms, nor genetic profile, yet do have sensitivity to gluten and its many parts. Dr. Datis Kharrazian, author of the Thyroid Book and educational seminar speaker, explains that alpha-gliadin is only one part of the glutenous grains for which a sensive person can react. There are actually many parts of the grain that can cause an immune reaction. In short, it is possible to not have damage to the villi of the intestines, to not have antibodies for alpha-gliadin, yet still be senstive to gluten and experience an immunological response when gluten is consumed.

According to Dr. Kharrazian and other current gluten experts, more thorough testing for all constituents of the glutenous grains is required in order to identify the greater population suffering from gluten sensitivity. Traditional testing will work on approximately 30% of the cases, resulting in 70% receiving false negative results. This is a monumental problem. Unidentified gluten sensitivity can lead to many health conditions like autoimmune disease and some types of cancer.

I've read countless stories of people who have received negative results for Celiac Disease and have been told they were fine to eat gluten, but their symptoms continued and progressed until they removed gluten from their diet. Do you fear you may have an undiagnosed sensitivity to gluten or Celiac Disease? There is new, and very accurate testing available now in the United States through Cyrex Labs. Find a practitioner that works with Cyrex, or point your doctor to the Cyrex Labs for education. There is new and greater hope for the gluten sufferer.

For a FREE 15 minute Gluten Sensitivity consultation, just click on the button below.

The RBC Erthrocyte Blood Test can determine if you have mineral imbalances or...