Since the dawn of civilization all peoples and cultures have fermented different foods with yeast to produce various alcoholic beverages.  The varieties and characteristics of those beverages were reflective of their cultures, beliefs and religious tenets.

Alcohol (ethanol) is produced by fermenting yeast, sugars and starches.  Ethanol is a volatile, highly flammable, colorless liquid.  It has an intoxicating effect on the body.  It acts as a depressant on the central nervous system.  Ethanol is a psychoactive drug and probably the first recreational drug known to man.  As an industrial chemical it can be used as a solvent or even as a fuel.

It is commonly believed that alcohol in moderation can have a healthful effect on the body, especially red wine.  However, because of its neurotoxic properties and the tendency to be abused by people, alcohol can have a damaging and detrimental effect on ones health.

Alcohol is easily and quickly absorbed through the stomach into the blood stream where it travels to every organ in the body.  The liver works quickly to metabolize alcohol and expel it from the body, but it still takes an hour to remove an ounce of the substance.  The remaining alcohol must continue circulating through the body until it has all been removed.  The detrimental effects of ethanol are dependent on the amount of alcohol consumed.  Other factors affecting the individual’s reactions to alcohol include age, gender, race, physical condition, amount of food consumed before drinking, how quickly the alcohol was consumed, use of medication or drugs and family history of alcohol abuse.

Alcohol impairs the body’s normal functions, affecting one’s ability to respond to stimulus and it slows one’s reaction time.  It affects vision, balance, motor skills and speech.  It is dangerous to operate heavy machinery like cars while intoxicated.  It is illegal in the United States to drive with more alcohol than .08% of blood volume.  Nonetheless, there are millions of accidents and deaths related to driving while intoxicated.  Abuse of alcohol is believed to contribute to certain cancers, stroke, and liver diseases like cirrhosis.  Over-consuming alcohol for long periods of time will intensify these effects.  Pancreatitis is a serious condition affecting the pancreas that is common among heavy abusers of alcohol.

Pregnant women that consume alcohol risk having babies with Fetal Alcohol Ayndrome (FAS).  Alcohol can cause growth, mental and physical problems to the developing fetus.  Alcohol passes easily from the mother, through the placenta to the fetus.  Here the alcohol can cause damage to the underdeveloped organs and systems of the baby.  It appears that the greater damage will occur during the first three months of pregnancy, but there is no safe level of drinking through the entire pregnancy.  The child once born may exhibit structural development problems and may later exhibit thinking and speech impairment, or late establishment of social skills.  These problems can be averted 100% by avoiding alcohol altogether while pregnant.

Alcohol, like many of life’s good things, can be abused.  With a proper respect for the potential dangers associated with its use, it is possible to consume alcohol responsibly and safely.  Drinking alcohol is very much a part of our social interaction and important to our whole person health.  In moderation it can be used as a sedative, to control stress and encourage rest.  I can’t imagine life without a nice glass of wine on the weekends, or even a proper cocktail when out in social situations.  But each person must decide for themselves how much is too much and under what circumstances it should be consumed.  Consider our custom to celebrate with a glass of champagne.  Leading a toast with a glass of water just wouldn’t be the same!

Sign up for Primo Health Newsletter and receive a FREE gift! 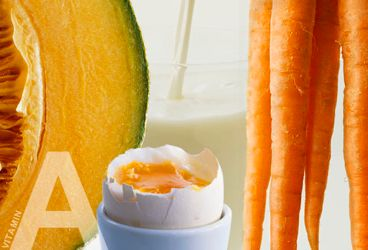 The benefits of Vitamin A are numerous. My intention is to highlight some of the important blessings our bodies derive from consuming this nutrient.

Vitamin A was the...

The butterfly shaped organ that wraps around our throat is called the thyroid gland. This seemingly indescript organ can actually have a tremendous effect on our...