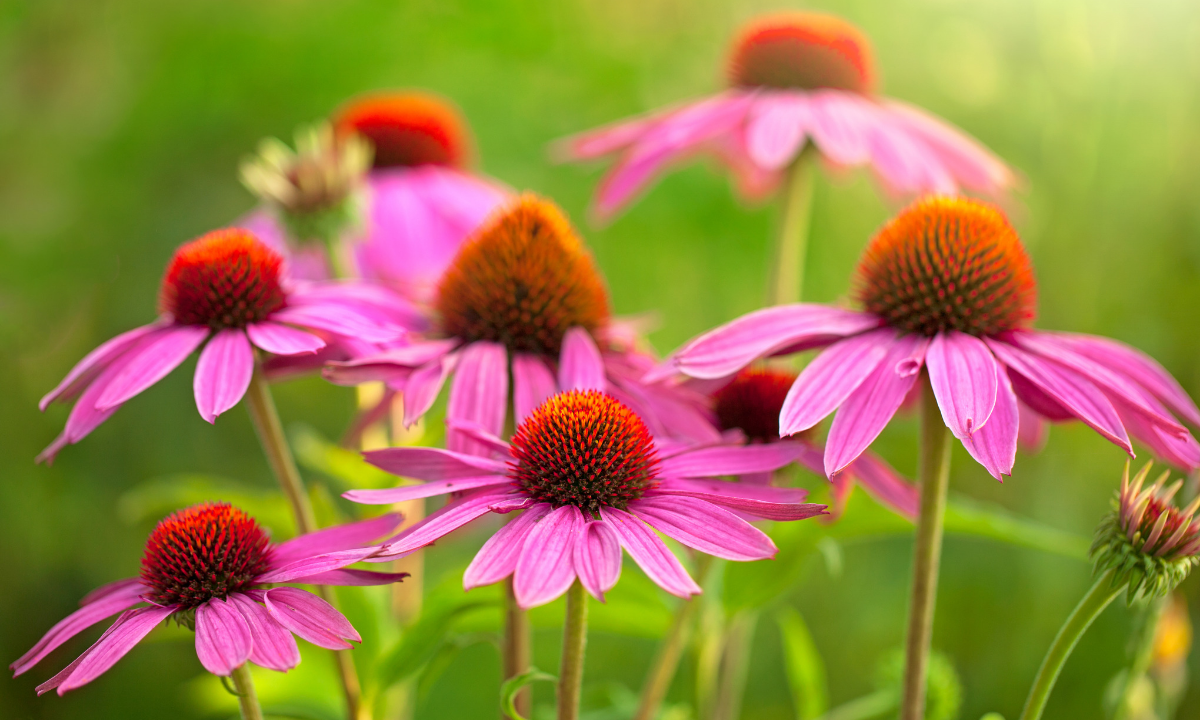 Echinacea and Goldenseal are a very popular combination of herbs which can be found in dozens of brands of dietary supplements. What these two herbs have in common is that they are effective at supporting and promoting short-term immune functions.

Centuries ago, Native Americans collected the root of the Purple Coneflower, Echinacea. Several species of Echinacea were collected and cherished by at least 14 tribes. This herb was a favorite folk medicine wherever it grew. Currently, Echinacea has been the subject of more than 350 scientific studies. In laboratory testing, Echinacea increases the immune system’s function in a few ways. Consequently, Echinacea may have applications for certain types of infections.

The most popular application for Echinacea is probably the common cold. Germany’s Commission E Monographs (an internationally authoritative source of credible information on the use of herbs for various disorders) indicates that among Echinacea’s uses, this herb can be used to treat chronic infections of the respiratory tract, including the common cold. It further discusses Echinacea’s action: “In human and/or animal experiments, Echinacea preparations given internally or parenterally have produced immune effects. Among others, the number of white blood cells and spleen cells is increased, the capacity for phagocytosis by human granulocytes is activated, and the body temperature is elevated.”1

Another application for Echinacea is yeast infections. Individuals with recurrent yeast infections would do well to take measures to support their immune system, and this herb can enhance immune function. In one study, women who took Echinacea experienced a 43% decline in the recurrence rate of yeast infections.4 This does not mean, however, that Echinacea is a substitute for anti-yeast medication

Speaking of recurrent infections, ear infections often fit this category. One mechanism by which it helps to fight infection is by increasing the production of antigen-specific immunoglobulins (a type of antibody that attacks the bad guys).5 In the journal Alternative and Complementary Therapies, the author of an article on ear infections states that “Echinacea may also be taken orally to enhance the immune response to bacteria and virus infections.”6 The same author stresses prevention of ear infections through the use of dietary supplements, including Echinacea, zinc lozenges and vitamin C.” Another infectious problem for many people is the herpes virus. In humans, considerable circumstantial evidence exists indicating that Echinacea may act to ameliorate virus-mediated afflictions; and animal research has demonstrated that Echinacea acts to stimulate those cells responsible for nonspecific immunity, as the first line of defense against virus -infected/transformed cells.7 These same effects may also occur against herpes simplex virus. In fact, a topical microbicide consisting of a blend of benzalkonium chloride and phytochemicals derived from Echinacea was found to have good antiviral activity against strains of both Herpes simplex-1 and Herpes simplex-2 viruses.8

As a general immune stimulant, Echinacea should be taken three times daily for a total daily dose of 900 mg.9 10 11 It is recommended that continuous use of Echinacea should not exceed 8 weeks.12

Goldenseal is a potent botanical with a rich history of use among Native Americans, particularly those of the Cherokee tribe. Goldenseal's potent properties are primarily due to the alkaloids berberine, hydrastine and canadine. These phytochemical alkaloids produce a strong astringent effect on mucous membranes, reduce inflammation and have antiseptic effects. One of Goldenseal's alkaloids was at one time an official drug; hydrastine was entered in the United States Pharmacopeia (USP) from 1905-1926, and was classified as a hemostatic (an agent which stops hemorrhage).

Like Echinacea, Goldenseal is also able to help fight infection by increasing the production of antigen-specific immunoglobulins.13 Other research has demonstrated Goldenseal’s antibacterial activity.14 If you’re going to try Goldenseal supplementation, look for a product that is standardized for12% of its active alkaloids.

In addition, Goldenseal root and other plants containing the alkaloid berberine (such as Oregon grape) may help in the treatment of urinary tract infections. The reason for this is that berberine helps inhibit bacteria from adhering to the wall of the urinary bladder.15 Goldenseal is not a substitute for antibiotic treatment during an acute UTI.

The recommended dose is 250–500 mg three times daily, of a Goldenseal root extract standardized to provide 12% alkaloids. Goldenseal root capsules, tablets, or tinctures that are not standardized can be used in amounts of 3–4 grams per day. Please note that Goldenseal should not be taken in too large a dose or for too long a period of time since its alkaloids are eliminated quite slowly from the body.

Besides the fact that both Echinacea and Goldenseal have immunomodulatory effects, is there any special advantage to using them both together—aside from the fact that they have been traditionally used in combination? The answer, apparently, is yes. In one animal study, the antigen-specific immunomodulatory potential of continuous treatment with Echinacea and Goldenseal root extract over a period of 6 weeks. The Echinacea-treated group showed a significant improvement in their primary and secondary IgG response, whereas the Goldenseal -treated group showed an increase in the primary IgM response during the first 2 weeks of treatment.16 So what does this mean in layman’s terms? Just this: Echinacea and Goldenseal works by different mechanism to enhance immune function, so their concurrent use is not redundant. In fact, their concurrent use in a combination formula might be expected to provide a greater overall immune response than just using one herb alone.

weight management
A recent article in the Huffington Post exposes an alliance between the American Academy of Family Physicians and the Coca-Cola Company that has caused some uproar... 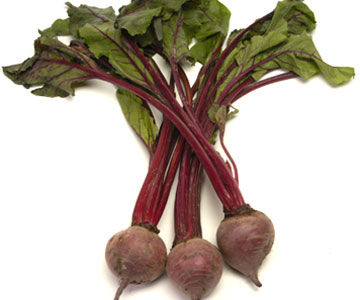 You may have seen beets at the local salad bar, or maybe had them with dinner out of a can. The picture above is what beets look like pulled right out of the ground....