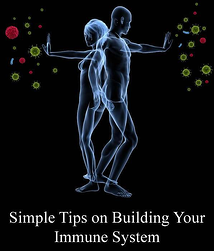 The components of the body's immune system provide protection against the ravages of undesired invaders like free radicals, bacteria and viruses or defective cells such as those found in cancer. These dangerous entities are detected, located and destroyed by a competent immune system.1 2 A weak or sub- functioning immune system, however, cannot effectively fight off these undesired invaders. The result is more frequent illnesses such as colds or flu. Severe and debilitating disease states can also develop.

Immune system sub-function often results from a combination of poor nutrition, chronic stress and various environmental pollutants. Of these three factors, poor nutrition is probably the most significant. The broad reaching ramifications of poor nutrition were discussed in a report by former Surgeon General, C. Everett Koop. The report was prompted by increasing evidence that many of the leading causes of death in the United States, as well as much of this country's burden of chronic disease, are linked at least in part to dietary excesses and imbalances.
Although the use of dietary supplements does not assure that improved immune performance will result, research does indicate that many botanicals and antioxidants can have a positive role to play in promoting immune response, and a consequent state of wellness. Following is a discussion of some of the key botanicals and antioxidants with these qualities. 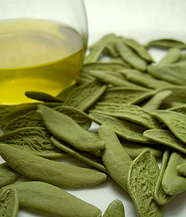 Olive Leaf Extract is a very interesting substance which has been used to treat many maladies over the centuries. Its applications are incredibly varied. From research and clinical experience to date, it has been demonstrated that supplemental olive leaf extract (OLE), and specifically the oleuropein fraction, has been effective in treating fungal outgrowths (Bacillus cereus T spores3), bacterial infections (Staphylococus aureus, Salmonella enteritidis5), and viral infections (Parainfluenza 3 virus6. OLE has also been shown to possess vasodilator effects7, and act as an effective antihypertensive (lower blood pressure).8 As if all of these benefits weren’t sufficient, OLE has also been shown to protect LDL cholesterol from oxidation.9 This is important since it is the oxidation of this “bad” cholesterol which can damage the internal diameter of the arteries, and lead to plaque build-up and cholesterol accumulation.

Ellagic acid (EA) is a phenolic compound with antimutagenic and anticarcinogenic properties. It occurs naturally in some foods such as strawberries, raspberries, grapes, black currants and walnuts.10 In this formula, EA is standardized at a level of 1% from raspberry extract.

When a cell is exposed to a mutagen and consequently assumes a mutagenic form, it may develop into a cancer. The value of antimutagnic agents such as EA, is that they inhibit the mutagenic process. In one study, the greatest inhibitory effect of EA on a potent mutagen occurred when they were incubated together.11 In another study, EA demonstrated an almost complete inhibition of the mutagenicity of a cigarette smoke condensate and oral Swedish moist snuff.12 EA also caused a decrease in the mutagenicity of a food mutagen.13 In another very interesting study, EA inhibited the activities of certain enzymes in human immunodeficiency virus (HIV) and avian myeloblastosis virus.14

Used primarily for its tonic and adaptogenic effects, Astragalus can be used in conditions of stress, fatigue and for rebuilding the body following illness or injury. Generally indicated in any long-term weakness of the "deep" immune function, this herb is a bone-marrow reserve builder of the first order. It should be tried for allergies, chronic infections (such as Candidiasis), degenerative diseases and for general strengthening of the immune function. During in vitro experiments, it has been found to increase the level of the white blood cells macrophages and lymphocytes. Many Chinese practitioners feel that it is best to combine it with other tonic herbs, depending on the individual.

N-acetyl cysteine (NAC) is a superior form of the amino acid l-cysteine. It is an antioxidant, is involved in nutritionally supporting DNA repair and is a precursor to glutathione (described below). NAC is stored and tends to accumulate in the highest amounts in four organs: it has a special protective nutritional support relationship with the lungs and the liver; it activates antibodies, which are made in the bone marrow; and it is a powerful detoxifier, which is a main function of both the kidneys and the liver.

Not only is selenium an effective antioxidant mineral independently, it is also an essential part of the antioxidant enzyme glutathione peroxidase. In addition, selenium has a synergistic relationship with vitamin E, improving its function.

D-Limonene, derived from citrus fruit, belongs to a class of natural compounds known as limonoid terpenes. Several animal studies have been published which show that dietary limonene is able to lower the incidence of chemically-induced cancers as well as delay their appearance. Researchers at the University of Wisconsin have demonstrated that dietary d- limonene markedly reduced dimethylbenzanthracene- induced mammary cancers. Additional research revealed that d-limonene was effective in reversing preformed tumors.15

The mechanism of action of limonene against cancer is not well understood, but may involve the enhancement of drug-metabolizing enzyme systems within the body. The ability of limonene to reverse preformed tumors suggests an immunostimulating action. An added benefit is that limonene is a potent, natural cholesterol-lowering agent. It acts by inhibiting the same enzyme which is the target of many prescribed cholesterol-reducing drugs such as lovostatin

Edible mushrooms such as shiitake and reishi may have important salutary effects on health or even in treating disease. A mushroom characteristically contains many different bioactive compounds with diverse biological activity. It is estimated that approximately 50% of the annual 5 million metric tons of cultivated edible mushrooms contain functional "nutraceutical" or medicinal properties. These include various degrees of immunomodulatory, lipid-lowering, antitumor, and other beneficial or therapeutic health effects without any significant toxicity.16 Research on shiitake has demonstrated significant anti-tumor effects.17 Research on reishi has demonstrated that it proved to have a significant effect on cellular immunity.18

Indole-3-carbinol (I3C), a compound found naturally as a glucosinolate in cruciferous vegetables such as broccoli and cabbage, has been shown to modulate the carcinogenic process in a number of studies.19 20 The results of 94 studies on the association between cruciferous vegetables consumption and cancer risk have demonstrated that a high consumption of cruciferous vegetables containing I3C is associated with a decreased risk of all types of cancer.21 I3C hase been shown to "kindle" the activity of critical cellular enzymes. These enzymes are known to protect the cell against tumor formation.22 Furthermore, in both men and women, I3C significantly increased the urinary excretion of C-2 estrogens. These are the type of estrogens associated with an increased risk of breast cancer. This effect may have chemopreventive activity against breast cancer in humans.23

The carotenoids lutein and lycopene each provide distinct antioxidant value separate and apart from beta carotene. Scientists have documented more evidence of the biological antioxidant activity of lutein in blood serum than they have for several other carotenoids. In addition, lutein is deposited in the macular region of the eye. Deterioration of this pigment has been correlated with the onset of age- related macular degeneration, the leading cause of irreversible blindness among adults over 40.24 The addition of a lutein supplement to the diet can assure an adequate intake of this carotenoid and may help reduce the risk for macular degeneration.

Regarding lycopene, it can be accurately stated that it is more than twice as powerful as beta carotene as an antioxidant. As a matter of fact, in human blood plasma, lycopene is found in larger quantities than beta carotene. The antioxidant quenching ability of both nutrients, however, is dependent on dietary intake of lycopene and beta-carotene. "We think several carotenoids, besides beta carotene, may be partly responsible for the reduced cancer odds that show up in people whose diets are high in vegetables," says Frederick Khachik, a scientist in the U.S. Department of Agriculture’s laboratories in Beltsville. Research does indicate that individuals with higher levels of dietary and serum lycopene experience lower levels of cancer.25

AIpha Lipoic Acid (ALA), also known as thioctic acid, has gained considerable attention as an antioxidant ALA combats particularly nasty free radicals such as superoxide radicals, hydroxyl radicals, hypochlorous acid, peroxyl radicals, and singlet oxygen, thereby reducing oxidative stress. ALA is a small molecule, soluble in both water and fat. This allows it to work both inside the cell and at the membrane level, making ALA a particularly valuable antioxidant.

In general, antioxidants provide a preventive measure against the hazards of oxidative stress with their ability to neutralize, balance and sponge up free radicals by coupling with unpaired electrons. ALA is unique since it not only acts as antioxidant against free radicals, but it also helps in the regeneration process of expended antioxidants, returning them to their reduced, antioxidant-potent form. In other words, it helps to recycle other antioxidants. Consequently, ALA is a key ingredient in providing the maximum interaction among antioxidants, enhancing their cell protection abilities. It has the unique ability to enhance the power of vitamin E, C and Glutathione. This results in an antioxidant network which provides more complete cell protection from destructive free radicals.26 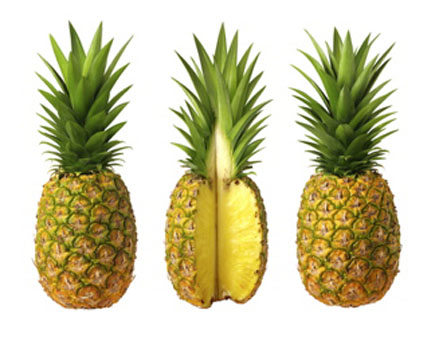 Bromelain is a proteolytic (i.e., proteindigesting) enzyme found in...

Smart SupplementationTM is a free series of educational literature created by Huntington...