I think it's funny that when I buy a new car I start to notice everyone else that has that same car. I often wonder why so many people are now driving my car. Of course, it's more probable that I'm now more aware of this car than I was before. It's amazing how the mind works.

Ever since I was told I had Celiac Disease I feel like that's all I ever hear now. I immediately notice what foods are labeled gluten-free and I feel like everyone I meet has the same condition. Some of this awareness is comparable to my notice of those driving my Toyota Matrix in my neighborhood. But I also know that gluten and Celiac Disease have become very popular subject matter, especially the gluten-free diet.

Increased awareness is important if it serves its purpose. Celiac Disease and gluten sensitivity are serious conditions. Studies show that there is a higher mortality rate among those with Celiac Disease. That means they die sooner than those who do not have it. Celiac Disease and gluten sensitivity have been linked to many conditions, some life threatening, including cancer, Rheumatoid Arthritis, Lupus, infertility, Attention Deficit Disorder, migraines, Hashimoto's Thyroiditis. Gluten sensitivity often comes with digestive issues, but that's only about 10% of the cases. So you see how important it is to know if you are among the millions in the United States that suffer, perhaps unknowingly, from an immune system response towards this ever present protein found in so much of our food supply. It is believed about 1% of the population has Celiac Disease and even more has gluten sensitivity (I'll explain the difference between the two in a later post).

The gluten-free diet may be popular because many people do feel better on it, and some may even lose weight. But for someone that has Celiac Disease or gluten-sensitivity, this diet is no joke. After a gluten-sensitive individual has been on a gluten-free diet for some time, they usually feel remarkably better. I do! However, this lifestyle is very difficult. For a gluten sensitive person, even the slightest amount of gluten (1/8 of a teaspoon) can trigger an immune response for up to six months. That could mean the destruction of precious tissue in the body (think organs) that is irreversible.

If you see someone that is trying hard to avoid gluten, don't wonder what the big deal is and be supportive. If you're wondering if you are gluten sensitive then enlist the services of a health practitioner with expertise in gluten sensitivity. It could really change your life!

NOTE: Celiac Disease and gluten sensitivity are characterized by an immunological response to the protein called gluten found in wheat and several other grains. 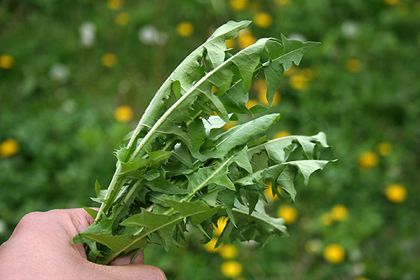 "A weed is just a plant whose virtues have not yet been discovered." - Ralph Waldo Emerson

I live in a part of California where dandelion greens grow like weeds. In...

Smart SupplementationTM is a free series of educational literature created by...