The human genome project, which set out to map the DNA of the human being has led to many great advances in health and science. Scientists set out to identify the approximately 25,000 genes in human DNA. They've been able to pinpoint the genes and patterns responsible for how each one of us will uniquely turn out. The mapping of the genome was completed some time in 2003, years before they had expected to finish.

Though the mapping of the human genome (all of our genes put together equal our genome) hasn't solved all of our medical mysteries, it has provided some amazing insite into chronic disease and our inherited susceptibility.  In 2007, scientist were able to link seven gene regions with the presence and likelihood of Celiac Disease. There are some particular patterns that are strongly believed to predict a strong likelihood that an individual will develop Celiac Disease.

There are two particular genetic patterns that are most often associated with Celiac Disease.  These often called DQ2 and DQ8.  DQ2 is believed to be the most common genetic profile that determines risk for developing Celiac Disease.  If one is identified to possess either of these profiles, this discovery may help predict either the likelihood of having Celiac Disease, or eventually developing the condition. 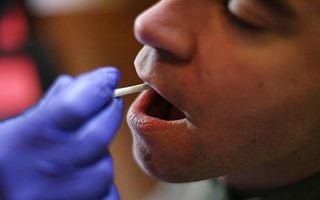 DNA tests are usually taken by cotton swab of the inside of the cheek, or by blood draw. They are very accurate at identifying genes. While they do not diagnose, nor perfectly predict the onset of any particular disease, they are helpful in identifying risk factors and likelihood that a risk has been inherited from ones parents. For example, blood relatives of someone with Celiac Disease that carries a particular profile can assess risk of their own development of the disease if they carry the responsible genetic pattern.  This is not perfect at assessing risk, but a very useful tool.

There are several labs in the United States that test for Celiac related genetic profiles. Some go as far as detecting non-celiac, gluten sensitivity related genetic profiles. These patterns seem to uncover a predisposition for gluten sensitivity in the absence of Celiac Disease. That means individuals without the DQ2 or DQ8 gene pattern may still have a pattern that is associated with having a sensitivity to gluten, but not the autoimmune characteristic of Celiac Disease.

DNA tests for Celiac Disease are not affected by diet as are the antibody tests that require one to be eating gluten to find an immune reaction. Because of some exceptions that have been seen, a negative gene test for Celiac Disease does not necessarily rule out the disease. Perhaps there is another genetic pattern associated that has not been discovered yet. You can get genetic testing for Celiac Disease without a doctors orders by ordering directly through the labs. However, interpreting the results may require an experienced professional. These tests range in cost from $150-$400. Entero Lab and Kimball Genetics are two common labs used for this type of testing.

When I started my investigation into the possibility of Celiac Disease and gluten sensitivity, one of the tests I used was this DNA test. It helped confirm the other testing I did, and also helped us identify my mother as a carrier and sufferer of Celiac Disease. I recommend using this test, especially in the case where individuals have family members with diagnosed Celiac Disease. By ruling out the presence of the patterns, one may gain peace of mind.

For a FREE Celiac Disease and Gluten Sensitivity Consultation, just CLICK the button below. 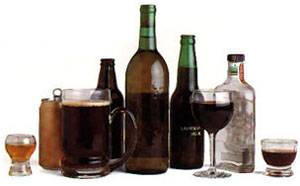 Since the dawn of civilization all peoples and cultures have fermented different foods with yeast to produce various alcoholic beverages.  The varieties and... 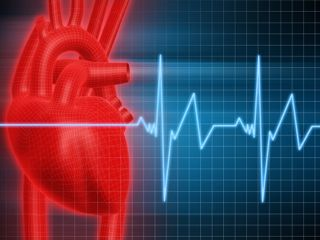 This is Part 2 of a two part series on Cardiovascular Disease, specifically Coronary Artery Disease.  Click HERE to read Part 1 of this series.