Often thought of only as garnish for a pretty plate, parsley is a delicious, vibrant green herb with many culinary uses and health benefits. The seed, leaf, and root all can be used in preparation of foods, teas, and medicines. It is widely used in Mediterranean and Eastern European cuisine.

A member of the celery family, parsley is a biennial plant that contains two types of unusual components that provide unique health benefits: volatile oils and flavonoids. The active mechanisms of the volatile oil components qualify parsley as a “chemoprotective” food, which means it can help neutralize certain carcinogens such as those found in cigarette smoke. Flavonoids have been shown to function in the body as antioxidants, which can prevent oxygen damage to cells. Parsley is also a vitamin-dense herb. A one-half cup serving provides exceptional amounts of vitamins K, C, and A. In fact, it contains three times as much vitamin C as an orange! It also is rich in folate and has twice the iron of spinach for equivalent serving sizes.

Overall, because of its nutrient-rich antioxidant profile, parsley may offer health protective benefits for the cardiovascular system, joints, and digestive system. Medicinally, parsley has been used in both ancient times and as a complementary treatment for symptoms of urinary tract infection and upset stomach.

To reap the benefits of parsley in your diet, try:

Wash fresh parsley immediately before use; place in cold water, swish around, and then drain. Repeat until all dirt washes away. 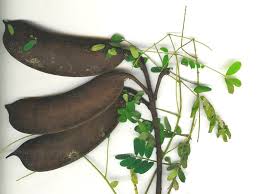 Cat’s Claw is a woody vine that winds itself...