On September 30, 2004, the pharmaceutical giant Merck & Co., Inc. announced a voluntary worldwide withdrawal of VIOXX® (rofecoxib), its arthritis and acute pain COX-2 inhibitor medication. The company’s decision, was based on data from a new, three-year prospective, randomized, placebo-controlled clinical trial, which showed that after 18 months of use, VIOXX® increased relative risk for confirmed cardiovascular events, such as heart attack and stroke.1 Almost immediately commentary began about the potential for natural COX-2 inhibitors to fill the VIOXX® void.2

It is the position of this author that natural COX- 2 inhibitors may very well provide a viable alternative to VIOXX®. To understand why this might be so, let’s first discuss the COX-2

There are two cyclo-oxygenase (COX) enzymes at work in our body, COX-1 and COX-2. The COX1 enzyme is expressed in most tissues, and is necessary for a variety of important internal functions. The COX-2 enzyme is also necessary for inflammation, a normal, healthy attempt by the body to heal itself. However, when inflammation gets out of control (such as in the case of arthritis, or other chronic inflammatory disorders) ongoing pain and discomfort is the result. That’s where botanical COX-2 inhibitors can help. Botanical COX-2 inhibitors block the action of the COX-2 enzyme, which helps reduce inflammation and pain.

Turmeric is a bright yellow, ancient spice and a traditional remedy that has been used as a medicine, condiment and flavoring based on records dating back to 600 BCE. Its medicinal value is essentially due to its curcuminoid content. The curcuminoids inhibit 5-lipooxygenase (LOX) and cyclo-oxygenase (COX), resulting in a well-established anti-inflammatory action.3 4 5 Treatment with curcuminoids was found to be as effective as cortisone or phenylbutazone in instances of acute inflammation, and about half as effective as these drugs for chronic inflammation.6

Bromelain is a proteolytic (i.e., proteindigesting) enzyme found in pineapples. Bromelain has proteolytic action on a variety of proteins, breaking them down into smaller peptides and amino acids.9 Beyond its protein digesting capacity, research has shown that bromelain has anti-inflammatory activity. For example, at least four studies using bromelain have demonstrated its effectiveness in the treatment of minor injuries (bruises, sprains, strains, hematomas, lacerations, abrasions) as well as severe injuries (low back pain, fractures, minor surgery).10 Research has also shown that this enzyme was effective at decreasing the inflammation and edema resulting from surgery and injury.11 Furthermore, there have been positive reports in a few clinical trials of bromelain to decrease thrombophlebitis (inflammation of veins) and pain from angina and thrombophlebitis.12 13 Research has also shown that bromelain helped patients with rheumatoid arthritis; 73% of whom had good to excellent results.14

One unexpected application for bromelain antiinflammatory benefits has been to relieve symptoms of acute sinusitis. In a double blind study comparing the use of bromelain with placebo, 87% of those patients who took bromelain reported good to excellent results compared with 68% of the placebo group.15 Other double blind research has shown that bromelain reduces symptoms of sinusitis.16 17

Bromelain does not appear to be a COX-2 inhibitor, and all of it’s mechanisms of action are still not completely resolved.* Nonetheless, it has been demonstrated to be a safe and effective supplement.18 Although it’s probably more known for its antinausea properties (i.e., treatment of motion sickness and morning sickness), Ginger is also an effective anti-inflammatory herb that has historically been used for arthritis and rheumatism. In a study of patients with rheumatoid arthritis, osteoarthritis and muscular discomfort, the majority experienced, to varying degrees, relief of pain and swelling. None of the patients reported adverse effects during the period of ginger consumption, which ranged from 3 months to 2.5 years.19 Another doubleblind trial found ginger extract to be more effective than placebo at relieving pain in people with OA of the hip or knee.20 Likewise, in another double-blind study ginger was significantly more effective than a placebo in pain relief and overall improvement.21 Ginger is considered to exert its anti-inflammatory activity by inhibiting COX-2 and lipoxygenase pathways.22

The resin of Boswellia serrata is used traditionally for a variety of inflammatory diseases, such as rheumatoid arthritis, osteoarthritis, and cervical spondylitis (inflammation of the vertebrae). The main constituents of the resin are boswellic acids, which have been found to inhibit the synthesis of leukotrienes (inflammatory compounds produced when oxygen interacts with polyunsaturated fatty acids). A number of chronic inflammatory conditions are associated with leukotriene formation. Unlike pharmaceutical corticosteroids which inhibit leukotriene synthesis, boswellic acids exhibit no significant side effects or toxicity.23 24 Boswellic acids have been found specifically to inhibit 5-lipoxygenase, the key enzyme of leukotriene biosynthesis.25 22

In a clinical investigation, boswellic acids were given to more than 260 patients with rheumatoid arthritis. Definite effects were found in the reduction of swelling and pain as compared to placebo; morning stiffness was reduced; patients reported cutting back on their intake of NSAIDs during the treatment period; and patients' general health and well-being showed improvement. The boswellic acids were found to be effective in reducing the symptoms of rheumatoid arthritis in 50-60 percent of the patients involved in the investigation.26 22

There are 300 species of Salix we call willow, native to England, Europe, Asia, and North America. According to Dioscorides in his De Materia Medica (1st century AD), willow was used therapeutically for gout and rheumatic joint diseases. Ancient Egyptians used the bark, as we do today, for pain and inflammation; and Native Americans relied on Willow for its analgesic properties.27 In 1829 willow’s active chemical, salicin was discovered. In 1838, pure salicylic acid was synthesized by an Italian chemist, not from Willow but Wintergreen and other plants. Salicin and salicylic acid were widely used through the 19th century for fever, gout, pain, and inflammation. However, as usual, when you isolate chemicals from plants or synthesize them, you almost always increase their toxicity. The high doses of salicylic acid used routinely led to gastric irritation and vomiting. In 1893, Felix Hoffman at the Bayer Company in Germany, was able to synthesize acetylsalicylic acid (which had less gastric side effects than salicylic acid), and aspirin was born.25

It is important to realize that salicin from willow, meadowsweet or other plants can be split off by the body to create salicylic acid, providing anti-inflammatory and pain-relieving actions28 with the same COX-2 inhibition properties as aspirin; although salicin will not function as an anticoagulant (blood thinner) like aspirin.29 In one study, 240 mg of salicin (from white willow bark extract) showed modest effectiveness in treating pain associated with knee and/or hip osteoarthritis over a period of weeks.30 In another study, 120-240 mg of salicin (again from white willow bark extract) was successful at reducing low back pain in some patients. The higher concentration of 240 mg salicin was more effective, although it took up to 1 week for significant relief.31

Hops is perhaps best known as a flavoring agent in beer, although it has also been used to reduce anxiety32 and insomnia.33 More recent research has shown that a hops extract high in alpha acids exhibited COX-2 inhibition over 9 hours, equivalent to ibuprofen 400 mg.34 What was especially nice was that this extract had very mild COX-1 inhibition, which means that it is less likely than its pharmaceutical counterparts to induce gastric problems. In in an open-label, 8 week trial, the effectiveness of a combination of alpha acids from hops, rosemary extract, and oleanolic acid were tested in subjects with osteoarthritis, rheumatoid arthritis, and fibromyalgia. The results were that osteoarthritis subjects showed a 50% decrease in pain, whereas there were no statistically significant differences in the rheumatoid arthritis and fibromyalgia subjects.35

The aforementioned natural ingredients have demonstrated COX-2 inhibiting properties (with the exception of Bromelain whose antiinflammatory activity works by a different mechanism). Hence, singly or in combination they may offer a viable alternative to the now defunct VIOXX®. Nevertheless, it is prudent to work with your physician if you wish to substitute these or any other natural substances for pharmaceutical medications. 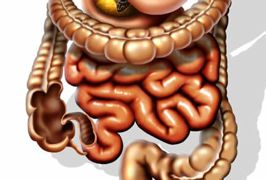 Crohn’s Disease is one of two diseases considered to be a form of Inflammatory Bowel Disease (IBD).  It is characterized by an inflammation mostly of the ilium, or end... Conjugated Linoleic Acid (CLA) is a naturally occurring fatty acid that has been shown to be useful to support proper fat burning, healthy blood sugar...