Do not go gentle into that good night, Old age should burn and rave at close of day; Rage, rage against the dying of the light. Dylan Thomas, Poet1

According to a prominent researcher of future trends: “For the first time in history, the old will outnumber the young.” 2 This refers to the aging of the baby-boomer population. Census data and projections indicate that over the next 50 years the elderly population will continue to increase more rapidly than the total population. By 2050, it is projected that one in five Americans will be elderly.3 Furthermore, depending upon the official source, the life expectancy of Americans is 78.2 or 78.3 years.4 5

While aging is certainly inevitable, it turns out that the rate at which we age, as well as physiological signs of aging, may not be. In fact, research suggests that we may be able to use certain nutraceuticals to impact our own DNA in such a way as to extend lifespan, while impacting other cellular structures to reduce skin aging and improve cognitive function.

As cells age, they lose a certain number of base pairs of DNA, known as telomeres, from the end of each chromosome every time cell division takes place. Although the telomeres are ‘sacrificial’ DNA without any necessary information content, there is still a problem. When these telomeres have decreased to a critical length, cell division ceases; although cell senescence (aging) may continue for a time.7 This finite ability to replicate is known as the ‘Hayflick limit,’ and has been seen in normal cultured human and animal cells.8 Fibroblast cells taken from adults would only divide about 20 times in vitro, although this limit is rarely, if ever, reached in the body.9

Here is a more simplistic way to explain this phenomenon: At the ends of our chromosomes are stretches of DNA called telomeres. These telomeres protect our genetic data, making it possible for cells to divide. Telomeres have been compared with the plastic tips on shoelaces because they prevent chromosome ends from fraying and sticking to each other, which would scramble our genetic information. Each time a cell divides, telomeres get shorter. When they get too short, the cell can no longer divide and becomes inactive or “senescent” or dies. This process is associated with aging.10

Consequently, damage to DNA can accumulate as chemically “silent” errors in repair—insertions, deletions, substitutions, transpositions, and inversions in DNA sequences—that affect the expression and structure of proteins (e.g. the repair of cells and tissues).12

Telomerase is an enzyme that adds telomere to DNA. Telomerase is found in some cells (e.g. germ cells and stem cells) which must divide continually to perform their functions. By promoting telomerase activity, it is possible to increase telomere length and consequently extend the period of time that cellular division can take place. While this will not makes our cells immortal, it may extend their lifespan.

Following is a discussion of certain nutraceuticals and nutraceutical combinations which have been shown to promote telomerase activity and help increase telomere length.

That’s right. Believe it or not a good multivitamin can actually help promote telomere length, although there are some parameters to consider in choosing the right multivitamin. But first, here’s the research.

In this study, subjects used different brands of multivitamins. However, a substantial number of them used supplements that provided the following nutrients: vitamins A, C, D, E, K and the B-complex, calcium, iron, phosphorus, iodine, magnesium, zinc, selenium, copper, manganese, chromium, molybdenum, chloride, potassium, boron, nickel, silicon, tin and vanadium. Consequently, when choosing a multivitamin to support telomere length, it would seem to make sense to look for one with all of these vitamins and minerals.

Arguably, aging skin is the most obvious outward sign of growing older, and photoaging is a prominent cause of aging skin. Photoaging is a process of skin aging caused by long-term exposure to ultraviolet (UV) radiation from the sun or artificial tanning sources. The UV radiation penetrates through the outermost layer of the skin, causing DNA mutations. The results can include specific signs of photoaging including wrinkling, increased damage to elastin and collagen, pigmentation (e.g. age spots), spider veins on the face and neck, loss of color and fullness in lips, and a more leathery skin appearance.17

The following nutraceuticals may help reduce photoaging and improve the appearance of aging skin.

A study19 investigated the ability of a combination of antioxidants to reduce UV-induced damages in 25 healthy individuals exposed to UV irradiation. The antioxidants included 6 mg lycopene, 6 mg betacarotene, 15 IU vitamin E, and 75 mcg selenium. After supplementing with the antioxidants, researchers observed a significant 20% elevation of the “sunburn” threshold and a general reduction of UV-induced skin redness, a significant reduction of sunburn cells and significant parallel reduction of lipoperoxide levels (i.e. free radicals). The researchers concluded that the oral intake of the antioxidants could provide a safe, daylong and efficient complement to photo-protective measures provided by topical and physical agents and may contribute to a reducing DNA damage that leads to skin aging.

A placebo-controlled study20 used the same combination of antioxidants as described above, but with 4.8 mg beta-carotene instead of 6. In this study, 39 volunteers (average age: 42) with healthy, normal skin were supplemented for 12 weeks. The results were a statistically significant increase in skin density (7%) and thickness (15%) after 6 and 12 weeks in the antioxidant group, with no significant changes in the placebo group. Increases in skin density and thickness are measures of younger-looking skin. Likewise, there was a statistically significant decrease in skin scaling and roughness after 12 weeks, while again changes in the placebo group were not significant.

While aging skin is the most obvious outward sign of growing older, a decline in cognitive function and short-term memory is probably the most obvious non-visual sign of aging. According to New York University Medical Center’s Alzheimer’s Disease Center,21 a significant number of elderly individuals live with common age-related memory impairment (ARMI), which can be described as mild memory problems that are part of the ‘normal’ aging process. However, certain nutraceuticals may help to support healthy cognitive function and promote short-term memory.

Six years after the end of a 9-year, double-blind, placebo-controlled, randomized trial (the Supplementation in Vitamins and Mineral Antioxidants study), the long-term effects of antioxidant nutrient supplementation on cognitive performance was evaluated. This study22 included 4447 participants aged 45-60. The antioxidants being supplemented each day included 120 mg vitamin C, 6 mg beta-carotene, 44.71 IU vitamin E, 100 mcg selenium, and 20 mg zinc. The results were that subjects receiving antioxidant supplementation had better memory scores, including verbal memory (only in subjects who were nonsmokers or who had low serum vitamin C concentrations at baseline) and executive functioning. Vitamin B12 and folic acid

While there are several nutraceuticals that have been researched for the purposes of lengthening telomeres, reducing skin aging and improving cognitive function, in this article I’ve limited my discussion to those that met the following criteria: 1) have been studied in humans, 2) are translatable to dietary supplements (i.e. studies on food use may not be applicable to supplements), and 3) are affordable for most people. Consequently, it should be possible for many people to include the aforementioned nutraceuticals in their dietary supplement regimen without breaking the bank, and still see positive results. These recommendations can be a part of your protocol on "how to live to be 100."

Smart Supplementation™ is a free series of educational literature created by Huntington College of Health Sciences (HCHS) as a public service. Although copyrighted, it may be freely photocopied and distributed, but may not be altered in any way. Smart Supplementation™ is not intended as medical advice. For diagnosis and treatment of any medical condition, consult your physician 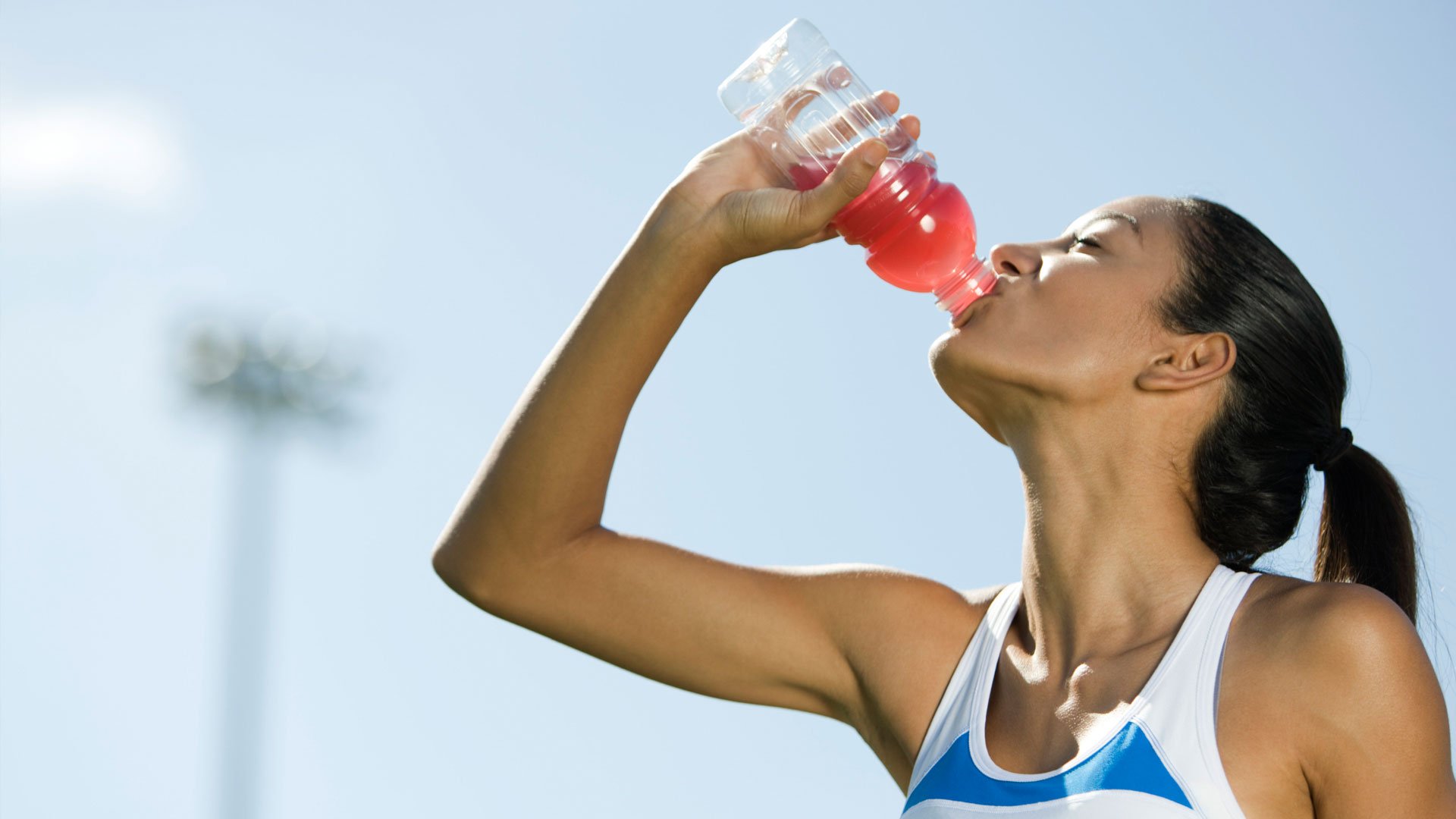 The longer an event lasts, the greater impact nutritional factors... Over 2500 medical articles have reported the benefits of dehydroepiandrosterone,...