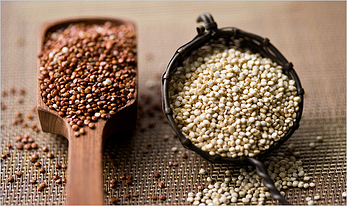 You may be surprised to see an article about quinoa by a grain-free guy like me. But in actuality quinoa (pronounced keen-wah) is not a grain but a seed. It is one of the least problem-causing "grains," can be  tolerated by most gluten sensitive individuals and is even accepted by some Paleo eaters (those who stretch the rules). It is a gluten-free grain that is versatile and has many health benefits with its strong nutrition status.

Quinoa is actually the seed of an herbaceous plant related to spinach and Swiss chard. The most popular seeds are a tan or yellow color. But several varieties and colors exist from black, to red, orange purple and pink. It has a rich nutty flavor with a tasty crunch.

Quinoa was revered by the ancient Incas of Peru and the Aztecs of Central America. It was cultivated and honored as the "mother seed." The Aztecs believed it would give their soldiers stamina and strength. This persisted for 3000 years until the Spanish conquistadors almost squashed its existence when they arrived in South America. They burned enormous fields of this plant. The cultivation and harvesting of quinoa became a criminal act, punishable by death for those who dared break the law. It wasn't until the 1980's when some travelers from Colorado discovered this tasty nutritious seed and brought it back to the states for cultivation that its popularity regained stature. It is now easy to find not only in its whole form, but as a flour or used in prepared foods.

The Health Benefits of Quinoa

Quinoa is a complete protein, having all of the 9 essential amino acids needed by the body. This makes it an excellent staple food for vegans. It is packed with a punch of the amino acid lysine. This amino acid is essential for tissue growth and repair. It also contains the sleep-promoting amino acid called tryptophan.

Quinoa is high in Vitamins B2 and E. It is an excellent source of dietary iron - a mineral that is essential in producing energy in the body. Other minerals found in this seed are calcium, phosphorous, copper, potassium, manganese and zinc. Its high fiber content makes it a heart-healthy grain. It's hard to believe this tiny seed is so nutrient dense!

How To Prepare and Eat Quinoa

Quinoa is naturally covered with saponins (a soapy substance) that should be washed off before preparation. This seed also has phytic acid around its shell. Phytic acid binds to minerals in the body and carries them out, which can be a problem if too much phytic acid is consumed. The Weston A. Price Foundation recommends fermenting or germinating and cooking quinoa in order to deactivate the phytic acid. 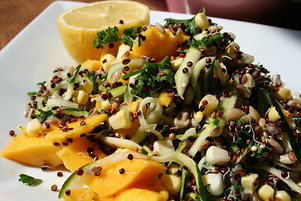 Whether you soak, ferment or sprout quinoa, it can be prepared much like you would prepare rice. Bring to a boil, then simmer 1 part grain to 2 parts water or stock in a saucepan for about 20 minutes. I like to eat it for breakfast with coconut milk and some cinnamon. I also use it in salads with chopped dried apricots and toasted pumpkin seeds.

If you have never tried quinoa, I dare you to try it! I bet you'll like it.

NOTE: It is believed that some gluten sensitive individuals may have a cross-reaction to quinoa and other gluten-free grains. Those who are very sensitive to glutens and proteins may not be able to tolerate quinoa. Use caution if you are one of these individuals. I am a Celiac who is avoiding all grains including quinoa and buckwheat.

Determining the best diet approach can be difficult, especially with so many fad diets and programs out there. A holistic nutrition coach can help you identify the best foods for YOUR body and health concerns. Take advantage and sign up for a free consultation today!

Probably my favorite super food to talk about and recommend is the coconut! And when I say coconut, I mean in almost any form you can find it (save for candies and... 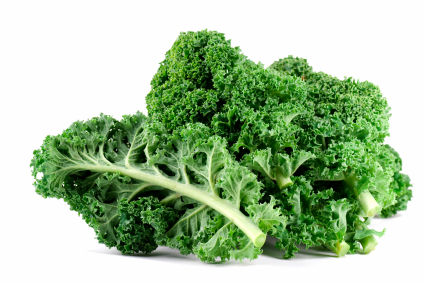 My mother scattered some seeds in a pot for me a few weeks ago. I had no idea what they were but I proceeded to water the pot diligently hoping it was something I...